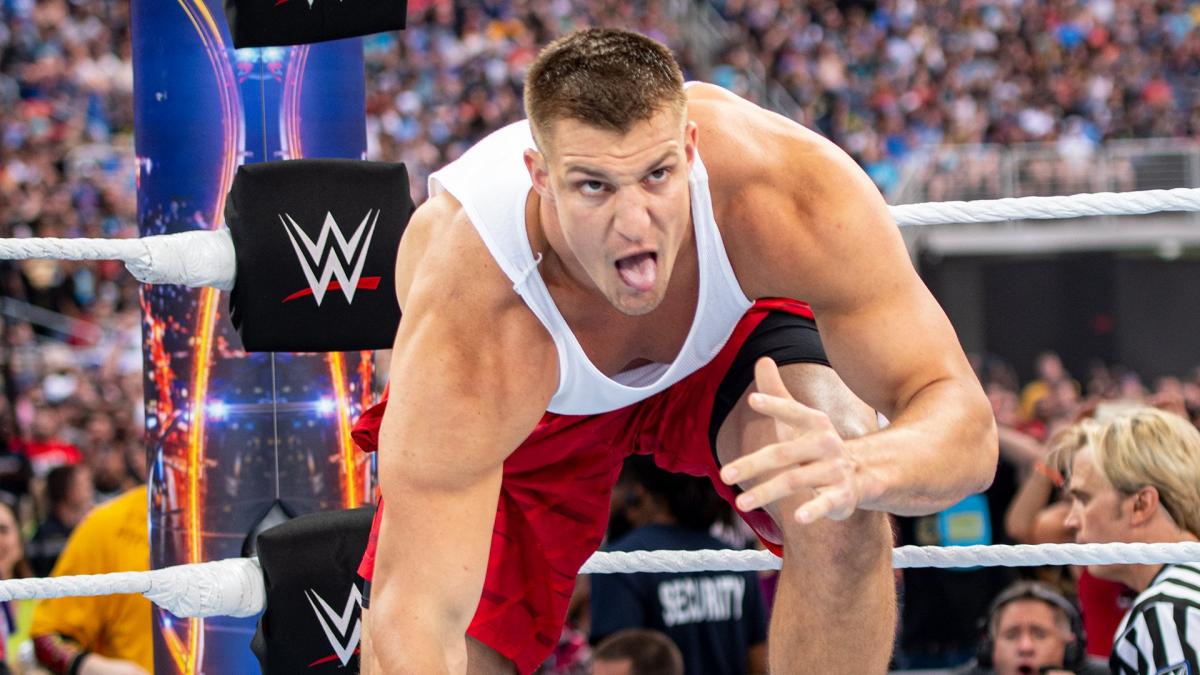 Has former New England Patriots Rob Gronkowski signed a deal with the WWE? That’s the rumor that’s making the rounds right now, with Gronk expected to make his debut on the March 20th episode of “Friday Night SmackDown”, followed by WrestleMania 36 in Tampa, Florida on April 5th.

The news follows Wrestling Sheet’s Ryan Satin reporting on FS1 on Tuesday that the ex-NFL great was “in talks and close” to finalizing a deal. This wouldn’t be Gronk’s first run-in with WWE, having made an appearance at WrestleMania 33 back in 2017.

You can watch Gronkowski’s WrestleMania 33 appearance below, and see as he helped Rawley eliminate Jinder Mahal to win the Andre the Giant Memorial Battle Royal:

Mojo Rawley, a WWE superstar and Gronkowski’s real-life friend, joined commentary during “SmackDown” and confirmed that Gronk is close to signing with WWE and would appear on next week’s show.

As of right now, it’s unclear if the WWE is attempting to sign him as a wrestler, or if he’ll be there in a different capacity, like as a sideline reporter or analyst. Will the football star reveal his upcoming WWE plans and deliver a mic drop moment worthy of his patented “Gronk Spike?”

You’ll just have to tune into “SmackDown” on Friday night and see how things play out.

EDIT: TMZ has confirmed that Rob Gronkowski will be hosting WrestleMania 36, which will now be held on April 4th and 5th on closed sets, thanks to the coronavirus pandemic.