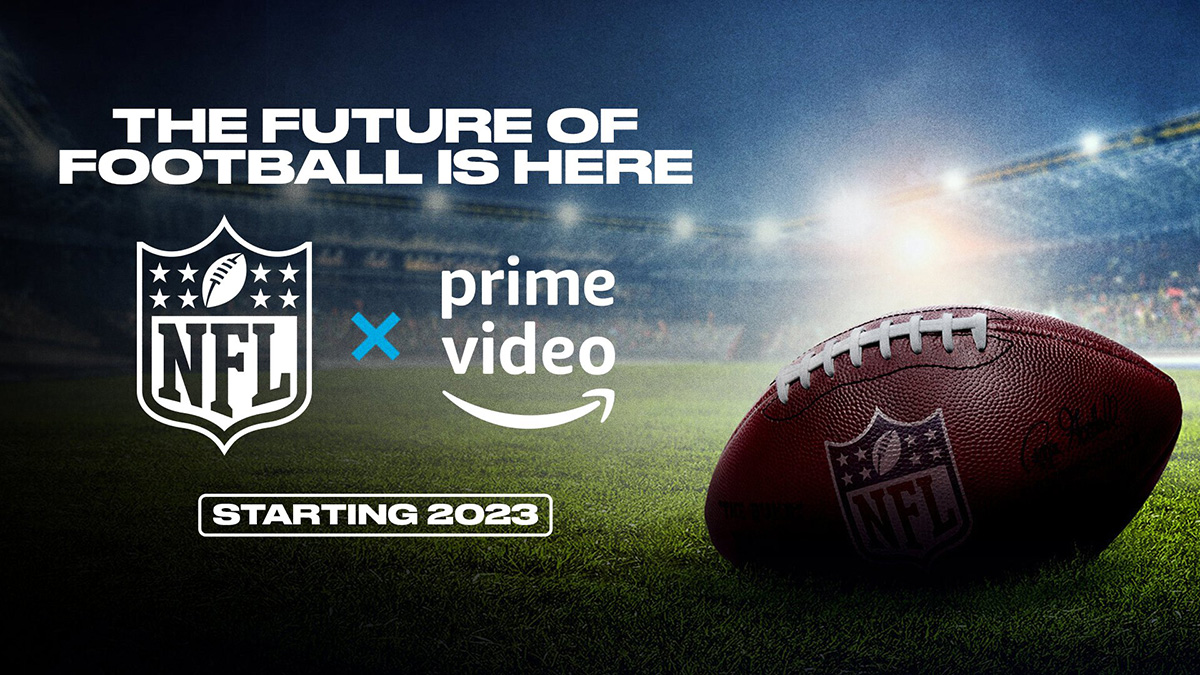 Amazon and the National Football League made history today by announcing a 10-year agreement to exclusively broadcast 15 Thursday Night Football games along with one pre-season game per year on Prime Video in the United States. The Prime Video deal begins in 2023 and is the NFL’s first exclusive national broadcast package with a digital streaming service. The number of regular-season games included in the Thursday Night Football package is increasing from 11 to 15, with all games airing on Prime Video as part of a Prime membership.

“NFL games are the most watched live programming in the US, and this unprecedented Thursday Night Football package gives tens of millions of new & existing Prime members exclusive access to must-watch live football on Prime Video. NFL fans from across the country will enjoy a premium viewing experience with Thursday Night Football, as well as access to a broad selection of content including award-winning Amazon Originals available on Prime Video,” said Mike Hopkins, SVP of Prime Video and Amazon Studios.

Prime Video will deliver new pre-game, half-time, and post-game shows, and it will continue to offer fan-favorite interactive features like X-Ray and Next Gen Stats, which provide a more customizable viewing experience. As part of the new deal, Prime Video also secured rights to a weekly slate of original NFL programming and expanded rights to in-game highlights for all NFL matchups. Prime Video and the NFL will continue to collaborate on exclusive NFL content and enhanced fan viewing experiences around Thursday Night Football, with more information to come ahead of the first game in 2023.

Today’s announcement is a continuation of an expanding relationship between the NFL and Amazon, which first distributed a simulcast of Thursday Night Football during the 2017 season. In April 2020, Amazon and the NFL expanded the existing 11-game Thursday Night Football package on Prime Video to include one exclusive regular-season game per year, the first of which was played on December 26 between the San Francisco 49ers and the Arizona Cardinals. The matchup drew an estimated 11.2 million total viewers and delivered the highest digital average-minute audience ever for an NFL regular-season game.

Additionally, since 2017, the NFL has used Amazon Web Services as its official cloud and machine learning provider for Next Gen Stats, which provides real-time location, speed, and acceleration data for every player during every play on every inch of the field.

Honestly, I have kind of mixed feelings about this deal, as not everyone is going to want to shell out $120/yr just so they can tune into Thursday Night Football if they are not already Prime members. That said, these Thursday night games will be televised in the participating teams’ home marketplaces, so loyal fans won’t be shut out.

What do you think about this Amazon x NFL Thursday Night Football deal?