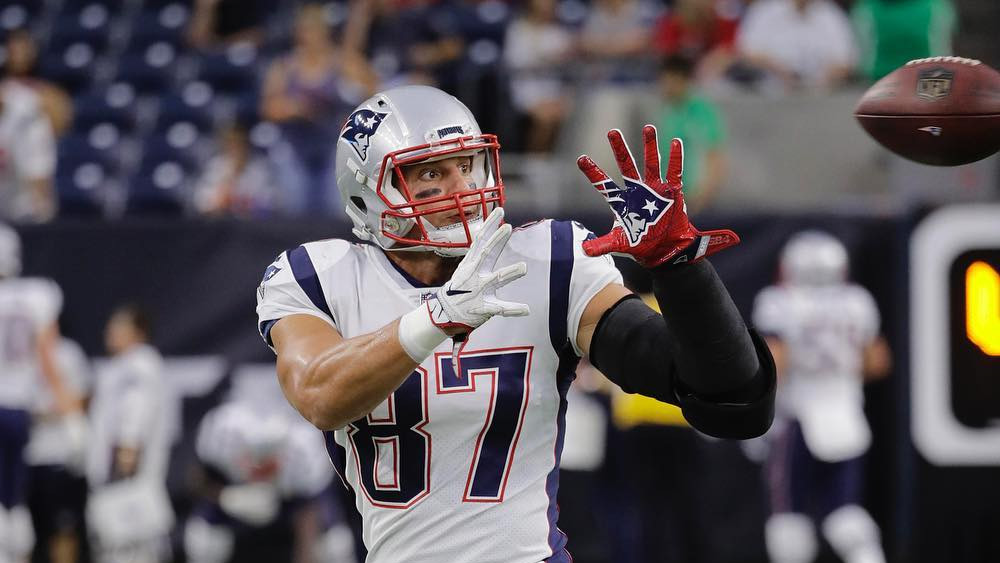 While many people predicted that Rob Gronkowski would join Tom Brady in Tampa Bay, I personally didn’t see it happening. After all, he’s the current WWE 24/7 Champion, did a stint on Fox’s The Masked Singer, and is putting out fun TikTok videos with his super hot girlfriend Camille Kostek.

But apparently Gronk isn’t ready to hang up his cleats for good, coming out of retirement to again play in the NFL.. But this time, he’ll be doing so in Tampa alongside Tom Brady, the only quarterback he played with during his career. Yes, just when you thought 2020 couldn’t get any crazier, along comes this!

Sources have confirmed that the Patriots have traded Gronkowski and a 7th round pick to the Tampa Bay Buccaneers in exchange for a 4th round pick in the 2020 draft. Gronk will honor his current contract, meaning he will play on a one-year deal worth $10 million.

NFL Network Insider Ian Rapoport said that Gronkowski has already taken his physical, so the trade should go through. He adds that Gronk has been putting on weight to return to football. Plus, with one year off, he’s had time to recover physically from the toll that the game has put on his body. At 30 years old, he’s still got plenty of life left in him.

“Rob Gronkowski is one of the best tight ends in NFL history and he plays the game with the type of passion and desire that sets him apart,” said Buccaneers general manager Jason Licht, via the team website.

“Rob has played his entire career alongside Tom Brady and their accomplishments speak for themselves. Together they have developed the type of chemistry on and off the field that is crucial to success. Rob combines elite-level skills as both a receiver and blocker but what really makes him special is the fact that he’s a proven winner who brings that championship mindset and work ethic.”

Within hours of the news, one fan posted this photoshop showing what Brady and Gronk will look like celebrating a touchdown as Bucs.

All we need now is Julian Edleman to join them down in Tampa Bay, and the Bucs would be unstoppable! Not gonna happen, but never say never.. 🙂